At a young age, Utah resident Katherine Nelson knew there was something off with her grandmother. She had a difficult time talking and walking but Katherine did not understand why.

These were just a few of the symptoms of someone diagnosed with the gene that causes Huntington’s disease (HD). This is a fatal genetic disorder that causes the progressive breakdown of nerve cells in the brain. It deteriorates a person’s physical and mental abilities during their prime working years and has no cure.

When Katherine was 8-years-old, her father was tested for HD and it came back positive. The decision to get genetically tested is difficult to make. Each year, 5-10% are tested. It is never the right or wrong decision to be tested. There are people that see no benefit in knowing that they will develop the disease while others want to know in order to make informed choices about their future. It can take up to several weeks to receive your results from the genetic testing center.

“As a senior in high school, I started to notice differences in my dad,” said Katherine. “While I was in college, I would see him less frequently as it became very apparent that HD had set in.”

After watching her father’s health decline in his early 40’s, Katherine started to research and learn more about HD where she learned what it meant for her. Every child of a parent with HD has a 50/50 chance of inheriting the faulty gene.

“I quickly realized that what was most important to me was that I do not have children at risk for inheriting HD,” Katherine explains.

At 21-years-old, Katherine met her future husband. According to Katherine, he saw her father in the late stages of HD and knew her risk. As her father’s health worsen, the couple expedited the wedding date and were married on September 4th, 2010. In May of 2011, her father died at the age of 47-years-old.

At 23-years-old, Katherine decided it was time to be tested.

The result came back positive.

“It was a shock but my husband and I both knew that whatever we were to face in the future, we would face together,” said Katherine.

The couple always wanted children and had a few options to think about. Their options included conceiving naturally as this would be an incredible risk for the child, but genetic testing would assist the family’s efforts in determining a positive or negative test result.

Genetic testing can be performed on cells from chorionic villus sampling (CVS) and amniocentesis. If a woman is already pregnant, she can receive testing for the fetus with a CVS at 10-13 weeks. This includes testing on the placenta and the risk of a miscarriage is 1:100. For amniocentesis, beginning in the 15th week of pregnancy, testing can be performed on fetal cells from amniotic fluid. The risk of a miscarriage is 1:500-1:300.

Another option is Pre-implantation Genetic Diagnosis (PGD) testing that can be used with In Vitro Fertilization (IVF) that makes sure any fertilized egg implanted does not have the abnormal gene.

The third option is adoption within the United States would allow the family to have access to the child’s history/medical background. There is also the chance of a possible relationship with the child’s biological family. However, the negative side is the waiting times may be long and laws/options vary by state.

International Adoption would provide limited access to history/medical information and placement process varies by country of origins. They decided to go through adoption within the United States.

“We began saving for IVF/PGD knowing that we could not have children at risk,” Katherine explains. “In 2014, we underwent two rounds of IVF/PGD. They resulted in three embryos- all with HD.”

Their doctor informed the couple that if they wanted to try again, then they needed an egg donor. However, Katherine and her husband did not have the money and had no way to continue trying.

“The following year, we focused on living life to the fullest- including a life changing sky dive,” said Katherine. “After refocusing, we decided that having children was still important to us and we researched our options.”

They would meet with counselors regarding adoption, but it wasn’t feeling right for the couple. Eventually, they stumbled upon some international IVF clinics. They chose a clinic in the Czech Republic and both picked up second jobs waiting tables at night to afford it. In August of 2016, they had a successful IVF cycle, and her son was born in May of 2017. 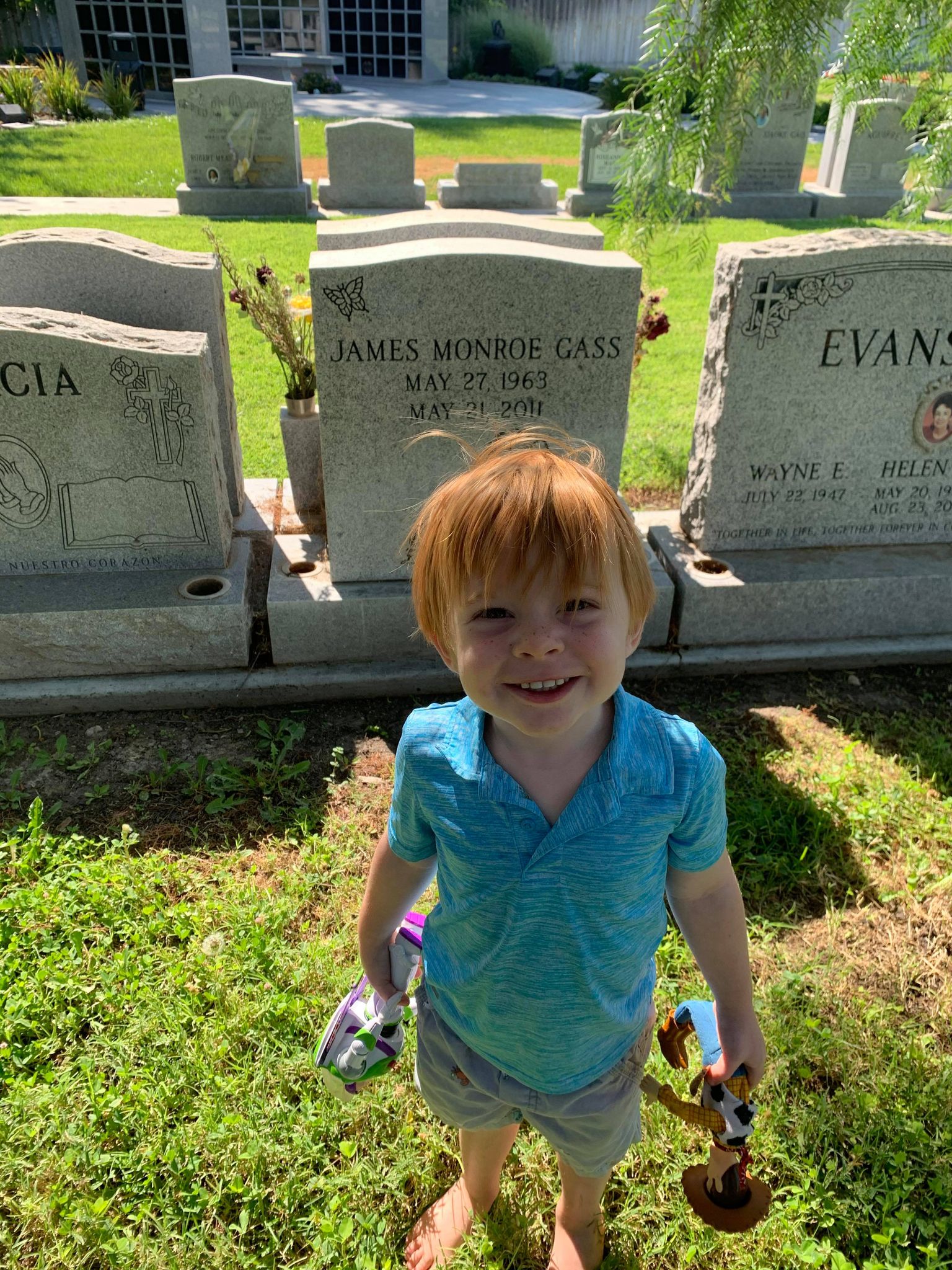 “Being gene positive has been extremely difficult and there have been plenty of days when I wish I didn't know my gene status,” Katherine explains. “Then, I look at my son and know that he will never have to wonder if he is next. He will never have HD and that makes every single sacrifice worth it. I would take this proverbial bullet to protect my son and posterity a million times over.”

Katherine has a message for the HD Community:

“As for me, I try to be as involved in research as possible. Every day I pray for a cure and do my part. I face an uncertain future, but I face it with my husband and my family by my side comforted by the knowledge that HD ends with me.”