In the early 2000s, Wyoming resident William Lopez was only 10-years-old when he started to see that his mother was developing early symptoms of Huntington’s disease (HD).

He would later ask his mother what was wrong and she would explain more about HD as he would describe it as a difficult conversation. His grandfather and other relatives have passed away due to HD.

Every child of a parent with HD has a 50/50 chance of inheriting the disease. William, his brother, and four sisters were at risk.

According to William, the first signs that he noticed were involuntary movements because she had a difficult time staying still.

A few years passed and his mother’s symptoms worsened. His mother would have car wrecks and her driver's license was taken away. In the beginning, his father was the primary caregiver, however, he suffered a stroke and the children would have to become caregivers for their mother. At the time, William was only a teenager.

According to William, there was a time when he would come home from school and she was not there. This would lead to a conversation with their mother about decisions that needed to be made. She was placed in an assisted living center.

William would go away to college but moved back to Wyoming in 2021. Due to COVID-19, his family was unable to see their mother as her health was declining and the facility had a short staff. They made the decision to move her out of the facility and into his sister’s house because they wanted to see her more, hug her, and take care of her.

William and his sister became the main caregivers. According to William, his mother has proved significantly in their care as some days she can do simple things but is more comfortable in her new living arrangement.

They have done a lot of research about HD as their mother does not have a feeding tube. According to William, good nutrition has helped his mother. She is now in the late stages of HD. 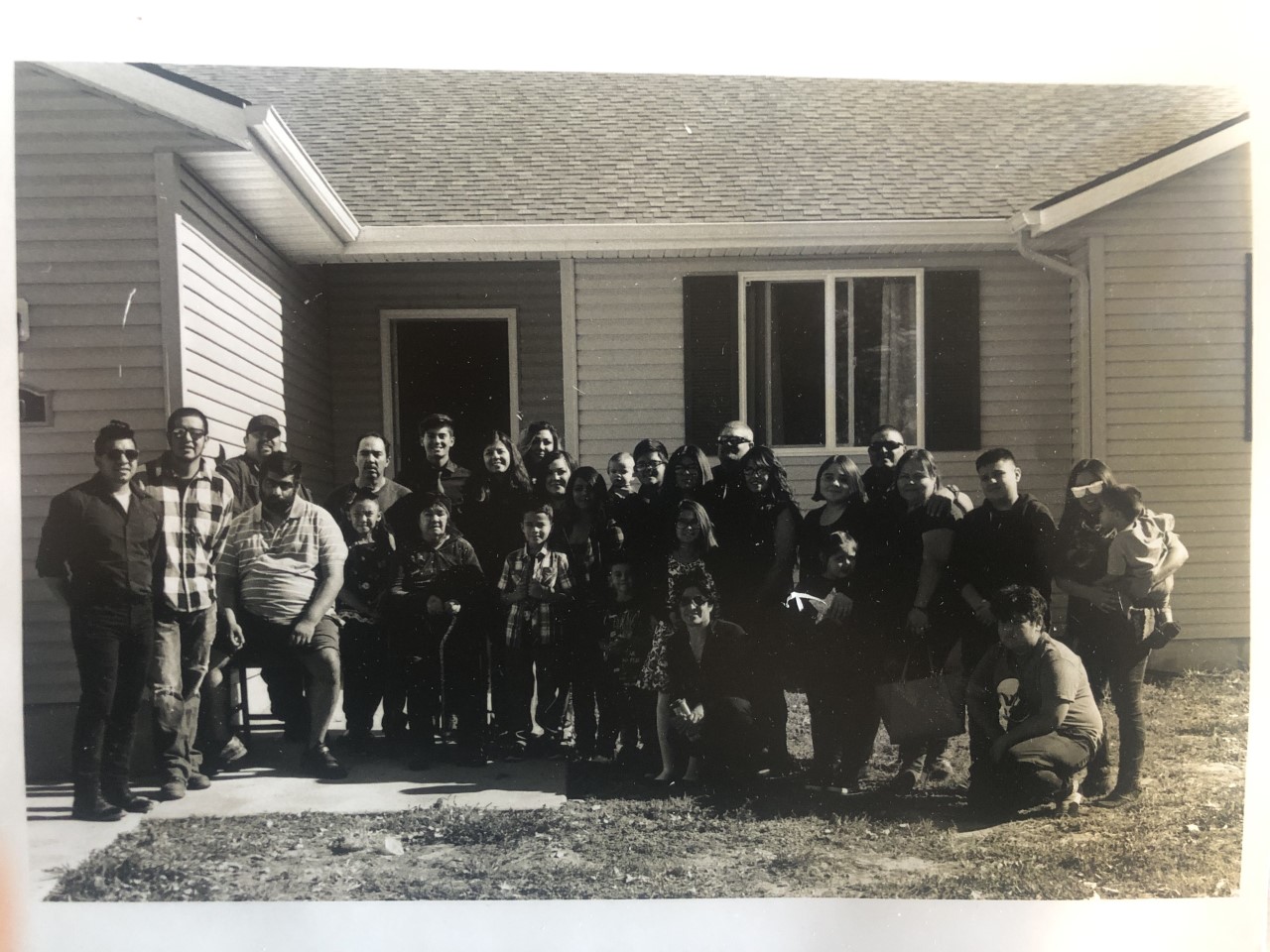 As their mother is fighting HD, her children are still at risk. At a young age, he overheard a conversation his parents had with his older siblings about getting tested for HD.

While in college, he thought his memory loss and some twitching were early symptoms of HD. He only told very few people that he was at risk for HD and that included his future wife. One day William decided that he wanted to get tested for HD, but William did not tell his family until the results came back.

On the day he received his test results, he was extremely nervous and his blood pressure was high. His siblings were by his side when he learned that he tested negative for HD. According to William, this was a complete shock as he felt a weight was lifted off his shoulder.

Through his ceramic artwork, William wants to raise awareness for those affected with HD. To view more of William’s artwork, click here 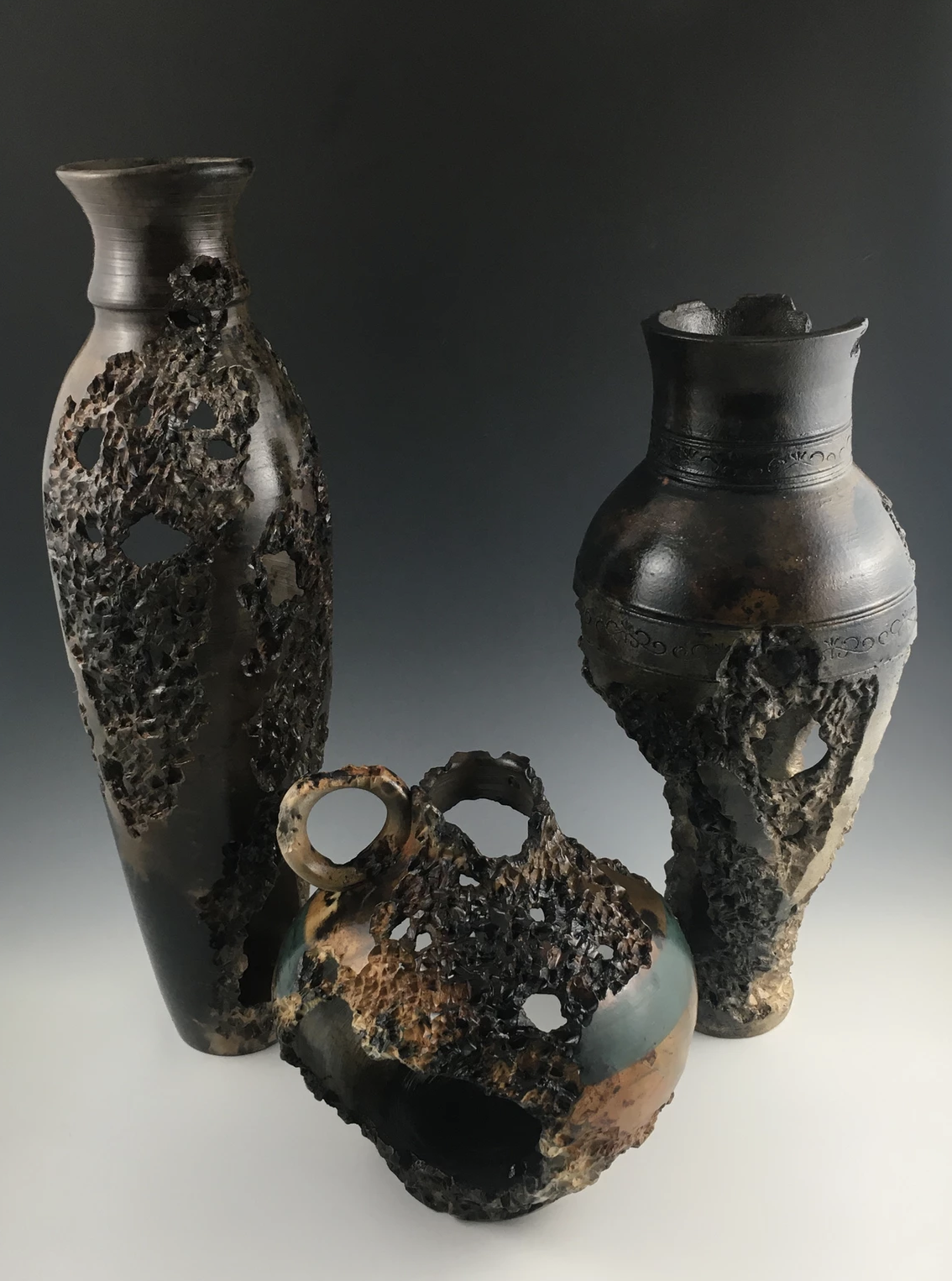 ​“For the last ten years, the collection of pieces I have been working on incorporates a technique I call "chip away",” said William. “The Chip Away Collection represents HD that has taken over my mother and many family members. Each child with a parent who carries HD has a 50% chance of inheriting it. Much like this Chip Away vessel has a 50% chance of surviving the firings, pressure, and punctures.”
William has a message for the HD Community:

“Nutrition and exercise are important for the body. Through health, anything is possible.
For those that tested negative, we will be the voice regardless of HD status.”